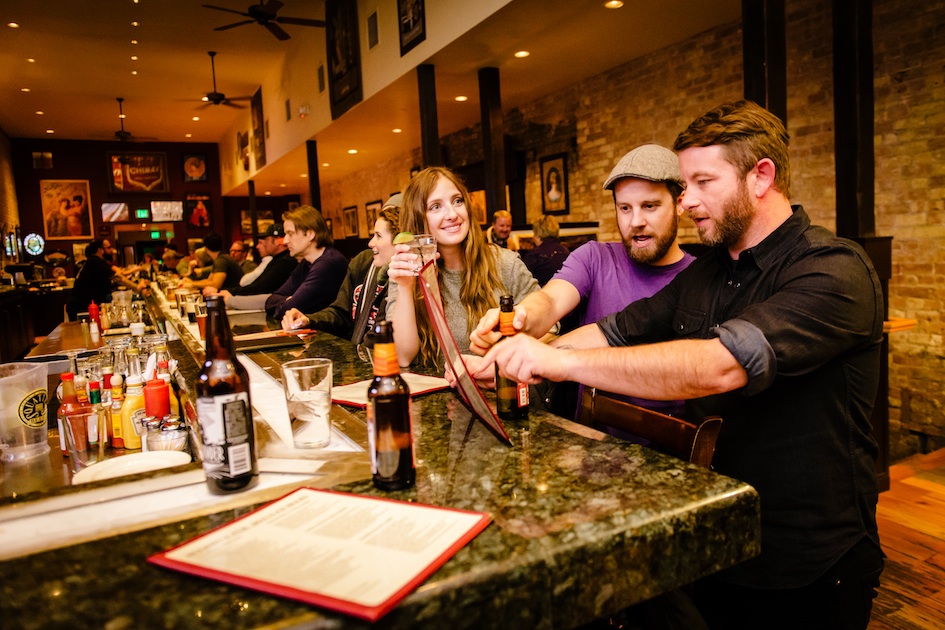 Sunday: Take an early direct flight into Salt Lake City International Airport and arrive in time to head up to Alta Ski Area by late morning. Naturally, you pre-purchased the Ski City Super Pass, one of the industry’s most flexible and value-laden passes that’s good at all four Ski City resorts. Ski hard until your legs tell you that it’s time for a beer at the newly renovated Snowpine Lodge. Head back to Ski City and check into your hotel (there are 19,000+ rooms in the valley to choose from), hit the hot tub and grab the best sushi in the Rockies at Takashi.

Monday: It’s a day for the Bird, so head back up Little Cottonwood Canyon to Snowbird, ski Mineral Basin and get some face shots or take laps on the resort’s iconic Tram. Repeat as often as necessary. Lunch at The Summit, sitting atop 11,000-foot Hidden Peak. Return to Ski City to grab a cocktail and an early bite at White Horse Spirits & Kitchen  before catching a Utah Jazz game at Vivint Smart Home Arena.

Tuesday: Breakfast-to-go from Toasters for the drive up to Solitude for a day for freshies in Honeycomb Canyon, an early dinner in Ski City at Lake Effect and a Broadway-caliber performance at the Eccles Theater, with a nightcap at Beer Bar/Bar X.

Wednesday: It’s rest-the-legs day, so sleep in, savor a late breakfast at Hub & Spoke Diner, then check out the dinosaurs at the Natural History Museum before taking a bobsled run at the Utah Olympic Park in nearby Park City. It’s worth the wait in line to get a table at Red Iguana for its signature mole dishes, capped with a post-dinner pint at Squatters.

Thursday: Pray for powder because today you ski or ride Brighton. Lunch with locals on a rack of ribs at Milly Chalet, spend a blissful an afternoon in the trees and then head back down Big Cottonwood Canyon to have a Polygamy Porter at Wasatch Brew Pub in Sugarhouse and dinner at Avenues Proper.

Friday: Last day on the slopes. You call the shots on the resort of the day depending on where it dumped the most last night. Apres brews at Desert Edge Brewery, dinner at the hip Table X, followed by some music at Urban Lounge.

Saturday: Time to head home, but not before breakfast at Eva’s Bakery Boulangerie, the downtown Salt Lake bakeshop that uses locally-sourced flour, and plenty of butter, to bake breads, French pastries, sandwiches and more.

For more on Ski City deals, go to https://www.skicity.com/ski-deals/

Salt Lake Convention Hotel On Track for Fall of 2022 Opening