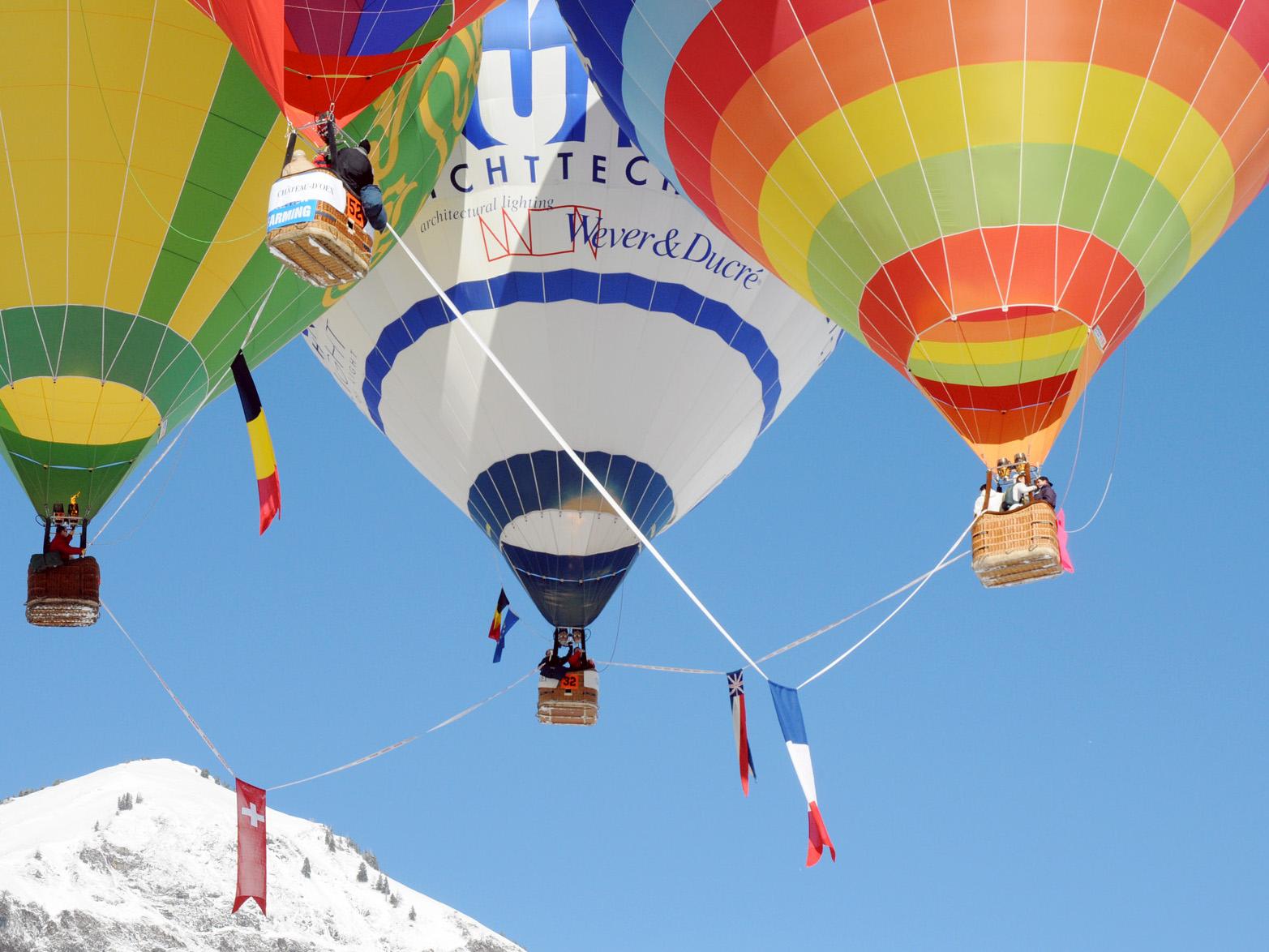 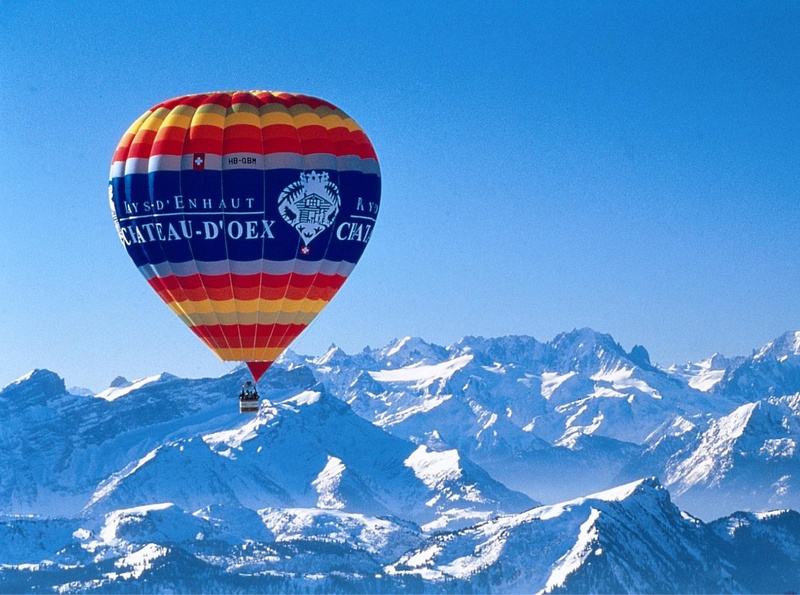 Today is National Plan for a Vacation Day. Where will you go when you can travel again?

We have a few suggestions …

A stay at The Alfond Inn at Rollins offers a deep dive into the world of contemporary art, an extraordinary trove of paintings, photographs, sculptures, and mixed-media works of art from The Alfond Collection of Contemporary Art. The hotel is owned by Rollins College and the 350 plus artworks were given by alumni Barbara and Ted Alfond to the College’s Cornell Fine Arts Museum.  Much more than just an “art hotel,” it’s the only hotel in the United States that serves as the extension of an art museum. There’s a vanguard quality to some of the pieces on display at the hotel, touching upon social history, civic-mindedness, and international affairs, which the curators say is very much by design. Tours of the Alfond Collection of Contemporary Art on view at The Alfond Inn occur every Sunday at 1 p.m.  Join a Cornell Fine Arts Museum staff member in the conservatory at the inn to begin your tour, which is open to the public and free to all. No reservations required. Visit The Alfond Inn at Rollins for more details. 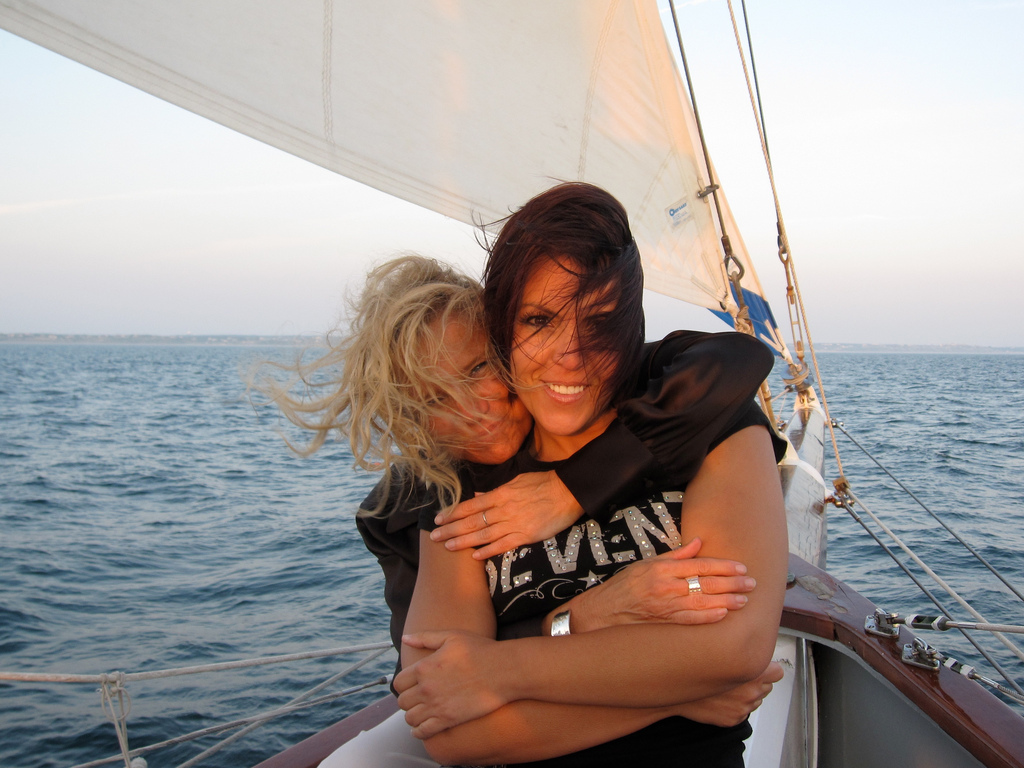 Provincetown, Massachusetts has long been a place famed for celebrating individuality and freedom of expression. The oldest continuous Arts Colony in the US, visitors are drawn to this remote Massachusetts town 60 miles out to sea at the tip of Cape Cod for its beautiful beaches, lively nightlife, and reputation as the premier LGBTQ+ getaway destination in the United States. It’s one of the most welcoming and inclusive places on the planet, a safe haven for tourists and locals, weekenders and full-timers, gays and straights, singles and couples, families and friends. Visitors will return to find comfort and beauty in the quaint downtown of late 19th and early 20th-century shingle-style buildings, galleries, and restaurants.  Details at Provincetown Tourism.

It’s January, which means that June, July, and August will be here before we know it. It’s a reminder that the start of the New Year is always the best time to begin planning a summer trip to Maine. Whether you’re into visiting the fabled coastline, exploring the Western lakes and mountains, or spending time in the state’s lively cities, January is when you have plenty of time to make plans and get first dibs on reservations for a summer getaway.  Whether it’s whale watching or glamping, fly fishing, or kayaking, being outdoors is what summer in Maine is all about. Visit Maine has the details. 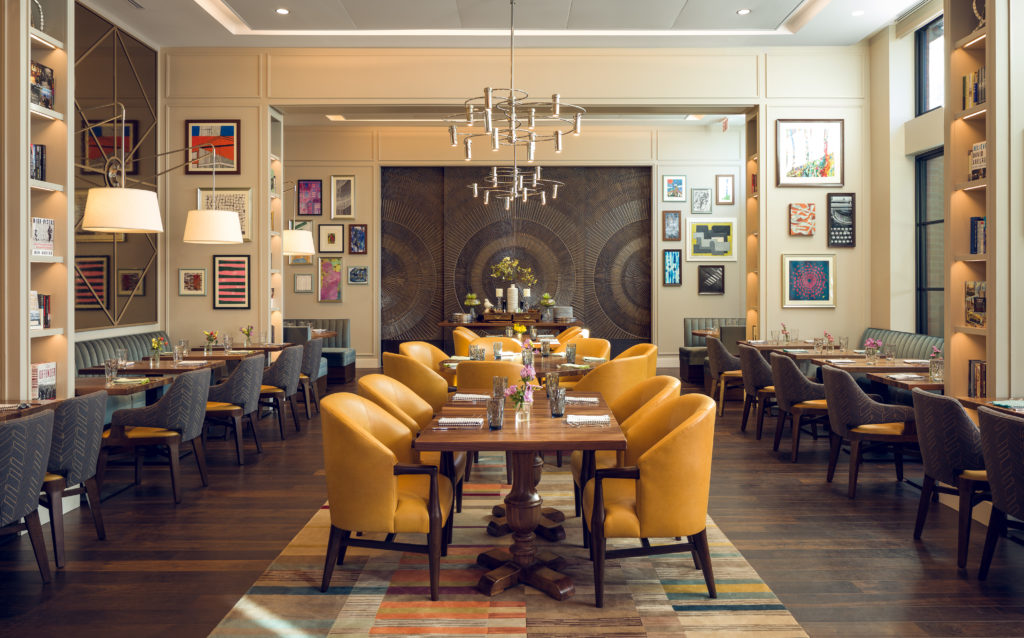 SOPHY Hyde Park is not only the first luxury boutique hotel in the Hyde Park neighborhood of Chicago. It’s also one of the most design-forward.  That’s especially true in its restaurant, Mesler.

“SOPHY’s design pays respect to the rich history and diversity of architecture in Hyde Park while celebrating new technologies and innovations,” says Greg Randall, a Principal of GREC Architects, the architect of the project. “The hotel is cozy and artful, yet provocative. We organized the ground floor to create an atmosphere of discovery for guests. From the warm, inviting front entrance, to the secluded, landscaped outdoor terrace, SOPHY creates a meaningful environment for hotel guests and the Hyde Park community.”

The 98-room boutique hotel in the historic Hyde Park neighborhood was named one of “The Best New Hotels in the World” by the editors of Travel + Leisure. Visit SOPHY Hyde Park to book.

THE LAKE GENEVA REGION OF SWITZERLAND

Every spring, fields of wild narcissus bloom and transform the meadows above Montreux and Vevey into what locals call “neige du Mai” or the “May snow.” The blooming fields of white wildflowers are set against a dramatic backdrop of Lake Geneva and the Alps and there are designated walks through the fields in Les Pléiades during the height of the bloom. Towns such as Caux, Glion, and Les Avants are also surrounded by hillsides covered in these blossoms.

Further east along Lake Geneva, the tulips are on display in the town of Morges through mid-May. Chateau du Vuillierens has Switzerland’s most spectacular gardens and opens in May for the season. The 74 acres of grounds with 50,000 flowers set around the chateau, which dates from the 14th century but was rebuilt in the early 18th century. It’s a fortress-like mansion with views of the Alps, Mont Blanc, and the lake.

Famed for its collections of irises (more than 400 varieties) and daylilies, there are also more than 80 sculptures set on the grounds, created by artists as diverse as Beverly Pepper and Laura Ford. 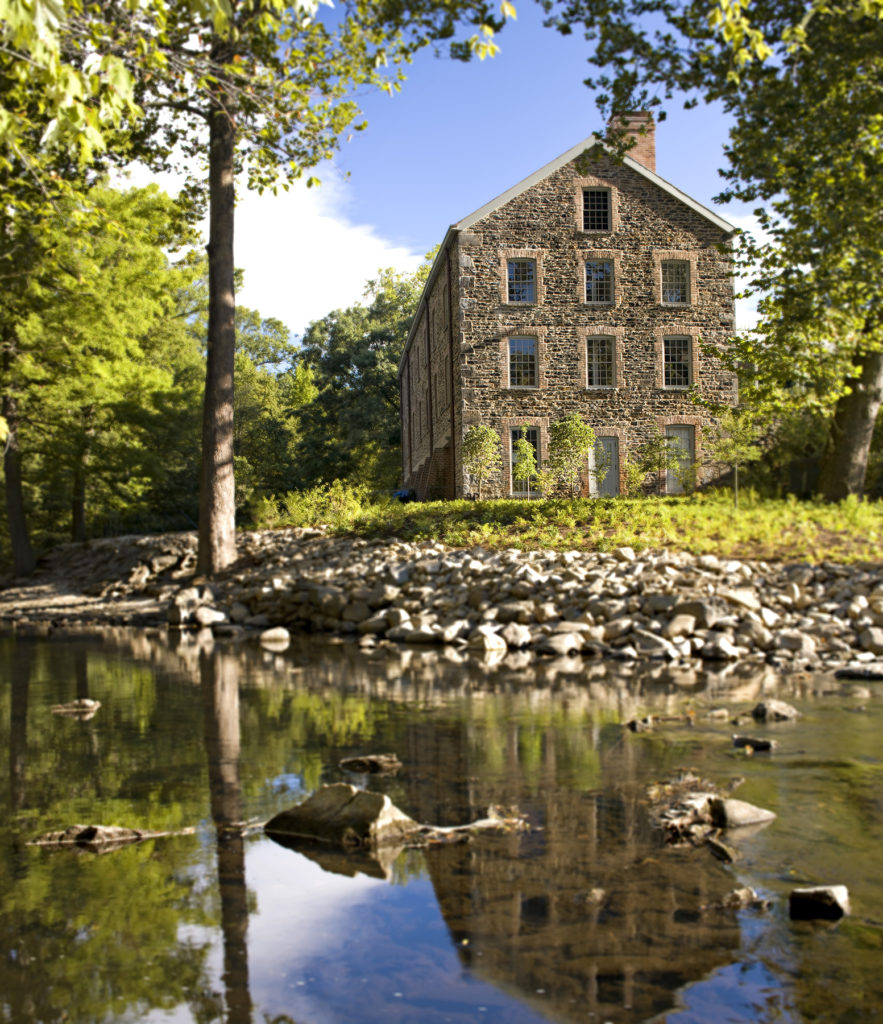 New York City’s greenest cultural oasis is the New York Botanical Garden (NYBG). This remarkable museum of plants is routinely ranked as one of the top 10 things to do in New York City, an institution regarded as one of the city’s best cultural attractions, along with the Metropolitan Museum of Art and the Museum of Modern Art. Fifty display gardens and collections containing over one million plants give visitors something to explore in every season at NYBG. Highlights include the Native Plant Garden, the Rock Garden, as well as herbaceous and mixed borders with stunning designs such as the Perennial Garden and Ladies’ Border. Kids love the Everett Children’s Adventure Garden, their parents enjoy the award-winning Peggy Rockefeller Rose Garden, and everyone swoons over NYBG’s historic Enid A. Haupt Conservatory. Visit NYBG. 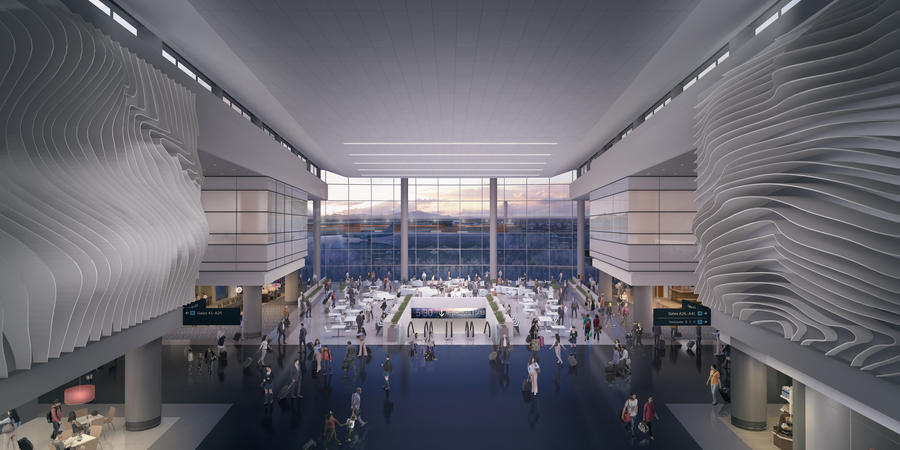 The new Salt Lake City International Airport (SLC), the first hub airport to be built in the U.S. in the 21st century, opened in September, enhancing Salt Lake’s standing as one of the most accessible destinations in North America.

The New SLC is the world’s most modern and innovative airport facility and is designed to accommodate 26 million passengers. Developed by the Salt Lake City Department of Airports with a design by HOK architects, Phase One opened today while Phase Two is scheduled to open in 2024. SLC International’s two new linear concourses, connected via a tunnel, replace the airport’s five existing concourses. The entire $4 billion project is financed by the airport’s self-sustaining fund that uses no taxpayer dollars.

Constructed with the goal of receiving LEED Gold certification, The New SLC promises to be a game-changer for a growing and thriving Salt Lake. Not only will the airport offer even more efficient arrivals and departures, but the expansive light-filled terminal with 45-foot floor-to-ceiling glass walls offer dramatic views of the nearby towering Wasatch Mountains. New dining and retail options will ensure the airport is an extension of the overall Salt Lake, and Utah, experience. The new Utah Transit Authority TRAX light rail station at the terminal will make it even faster to get downtown. Got to Visit Salt Lake for details.

The Glen House, the award-winning 68-room boutique hotel that opened just one year ago at the base of Mt. Washington, has deep, historic roots in New Hampshire’s White Mountains. The new hotel is the fifth iteration of The Glen House to be built near the site of the original hotel, a landmark that opened in 1852 as tourists began to flock to the summit of 6,288 foot Mt. Washington, the highest peak in the Northeast. It’s the first property to stand on this site in more than half a century.

Summer at The Glen House in New Hampshire’s Pinkham Notch is an invitation to go mountain biking, kayaking, and hiking, to drive the Mt. Washington Auto Road to the summit of the highest peak in the Northeast, and to kick back with a microbrew at sunset on the deck with panoramic views of the Presidential Range of the White Mountains.

Named one of the Top Hotels in New England by the Condé Nast Traveler Reader’s Choice Awards 2019, it was also named the Best New Hotel in New Hampshire 2019 by Yankee Magazine and singled out by Architectural Digest for having “The Most Beautiful Bar in New Hampshire.”