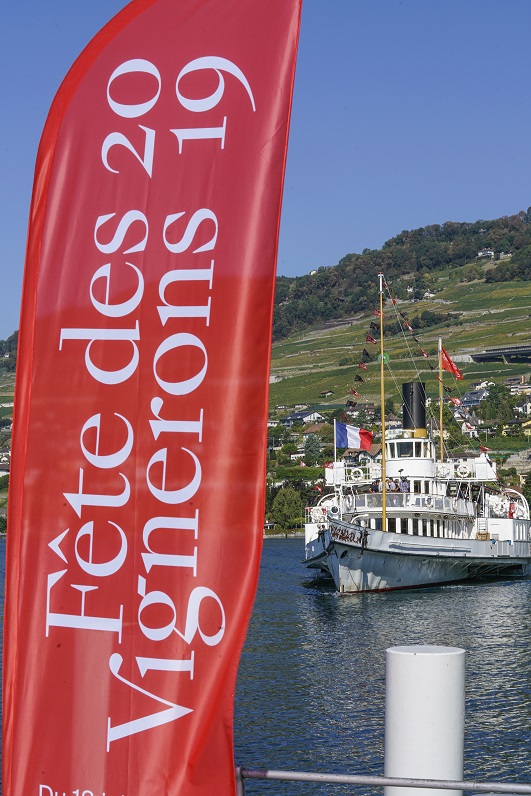 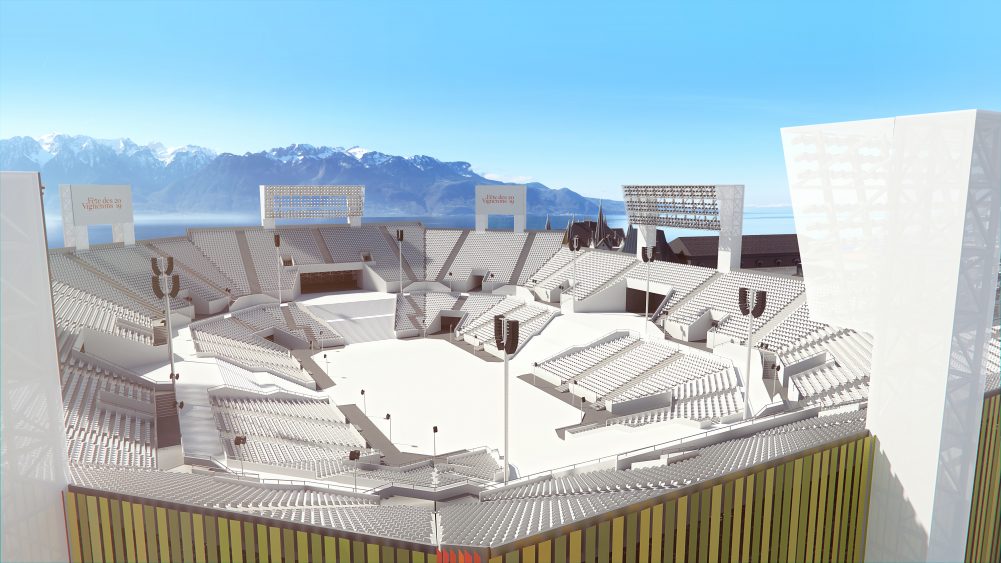 The 2019 Fête des Vignerons (Winegrowers Festival) opened today, transforming the city of Vevey into a festival of culture and fine dining, and making it Switzerland’s summer capital. Staged once a generation since 1797 as a tribute to the vineyard laborers and the vine itself, the festival was last held in 1999. The 2019 festival will run through August 11, 2019.

There will be 10 daytime performances and 10 evening performances of the show created by famed theatre director Daniele Finzi Pasca and his team, performed in a 20,000-seat arena that has been erected especially for the event in Vevey’s Grande Place on the shores of Lake Geneva. The cast features 5,500 costumed extras, including close to 1,000 singers and musicians, many of them from the surrounding area. It promises to be an unforgettable mix of tradition, poetry and technological prowess. 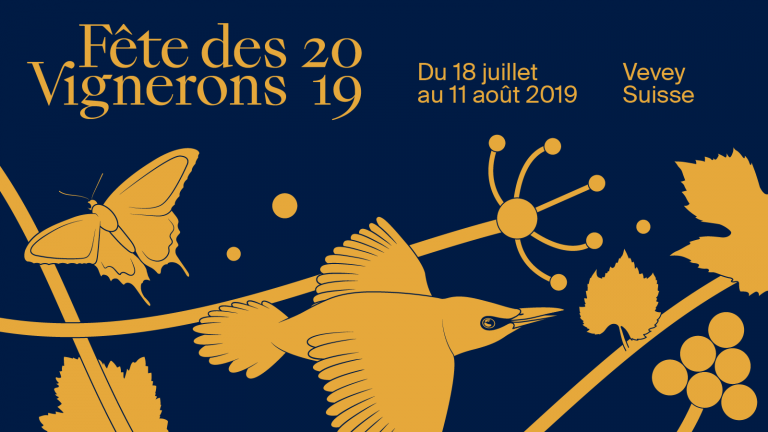 The pedestrian zone around the arena has stages that will offer up to 1,000 different musical and theatrical performances during the festival. Food stands will offer local products and 50 wine cellars will open their doors. The city’s museums, including the Swiss Camera Museum, Jenisch Museum, Historical Museum and Brotherhood of Winegrowers Museum, will exhibit rare archives, forgotten treasures and private collections that reflect the theme of the Winegrowers Festival.

The Fête des Vignerons is on UNESCO’s list of Intangible Cultural Heritage and Vevey was singled out as “One of the 52 Places to Go in 2019” by The New York Times. Tickets for the 2019 performances are on sale and available at the website of the Lake Geneva Region while accommodation info can be found at the Montreux Riviera website.

A Postcard from Provincetown

The “May Snow” of the Lake Geneva Region