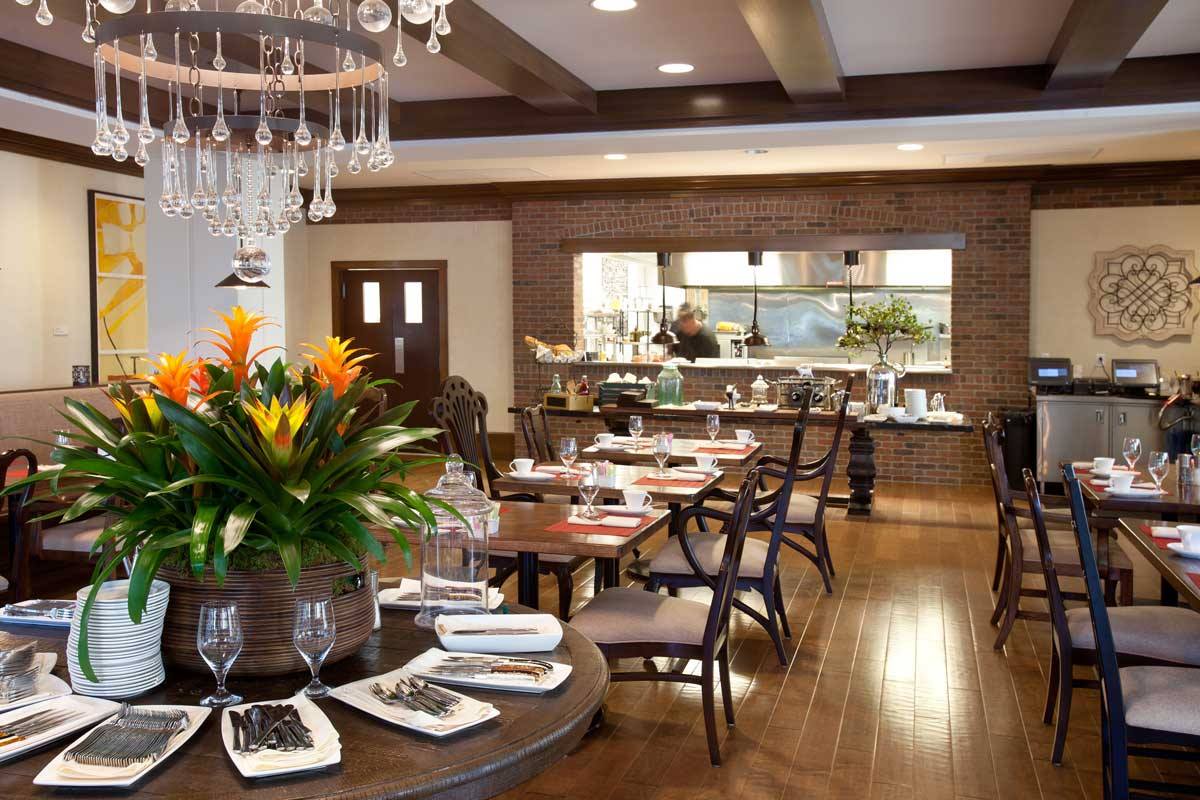 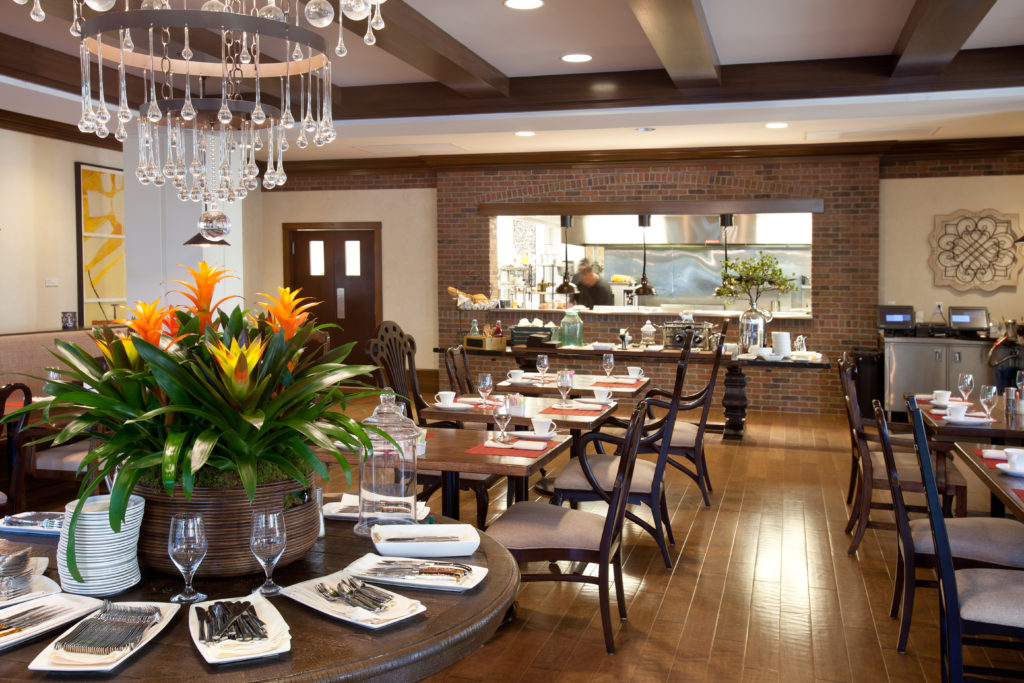 Hamilton’s Kitchen, the popular restaurant at The Alfond Inn at Rollins, the award-winning boutique hotel in the heart of historic Winter Park, is ready for the summer dining season. With awards from the Orlando Sentinel and Wine Spectator, the popular eatery, bar and lounge has introduced a new wine-by-the-glass system.

The 2019 Orlando Sentinel Foodie Awards recently named Hamilton’s Kitchen as the Reader’s Choice Best Hotel Restaurant for the second year in a row.  Chef Stephen Doyle of Hamilton’s Kitchen originally hails from Dublin, Ireland and his focus is on natural and organic products, sourcing his kitchen from the best providers in Florida and beyond. While Florida flavors predominate, his cooking is defined by letting stellar ingredients shine through in everything that he prepares. Menu highlights of the summer season include Florida Shrimp and Grits, made with North Florida Bradley grits; Prosciutto Crusted Black Grouper; Creekstone Bone-In Braised Short Ribs; a Mangalitsa Pork Tomahawk; and Superior Farms sustainably-raised lamb in Chef Doyle’s signature Hamilton’s Shepherd’s Pie.

To oversee the food and beverage operations at Hamilton’s Kitchen, including the Lounge, room service and poolside, Wesley De Souza has just been named the hotel’s Food and Beverage Manager. A proven leader in food and beverage management and high-end event planning, De Souza previously served in catering and service leadership roles for The Heathrow Country Club, and Darden Restaurants in Kansas City, MO, as well as event planning and concierge services for Stirling Sotheby’s International Realty Orlando.

Under David Pennisi, an advanced Sommelier with the court of Master Sommeliers, Hamilton’s Kitchen was awarded its first Wine Spectator Award of Excellence in 2018. Pennisi has over 20 years of experience in the wine industry, including stints at Napa’s Stag’s Leap Wine Cellars, Le Coq Au Vin and Emeril’s, where he garnered a Wine Spectator Best of Award of Excellence. The extensive wine list at Hamilton’s Kitchen includes 20 wines available by the glass, a varied selection of half bottles, an extensive collection of champagnes and sparkling wines, and a carefully curated choice of both old and new world reds and whites, with a strong focus on West Coast pinot noir and cabernet sauvignon. 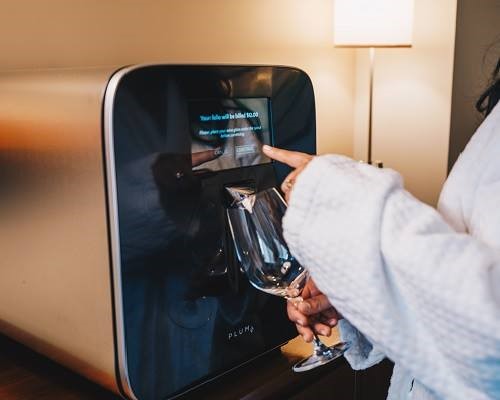 To further enhance the award-wining wine program at The Alfond Inn at Rollins, the hotel has installed Plum wine dispensers, which are used by leading independent luxury hotels and chains. Based on the same principal as a Nespresso appliance, the Plum holds and preserves two bottles of wine. The system delivers the convenience of a perfectly preserved and chilled glass of wine to guests in the comfort and privacy of their hotel room. Plum uses cloud software to track and bill guests, while also letting the hotel staff know when the guest needs a new bottle. A Plum dispense is also available in the Lounge, where guests may order a special white or red wine by the glass that is otherwise only available by the bottle.\ 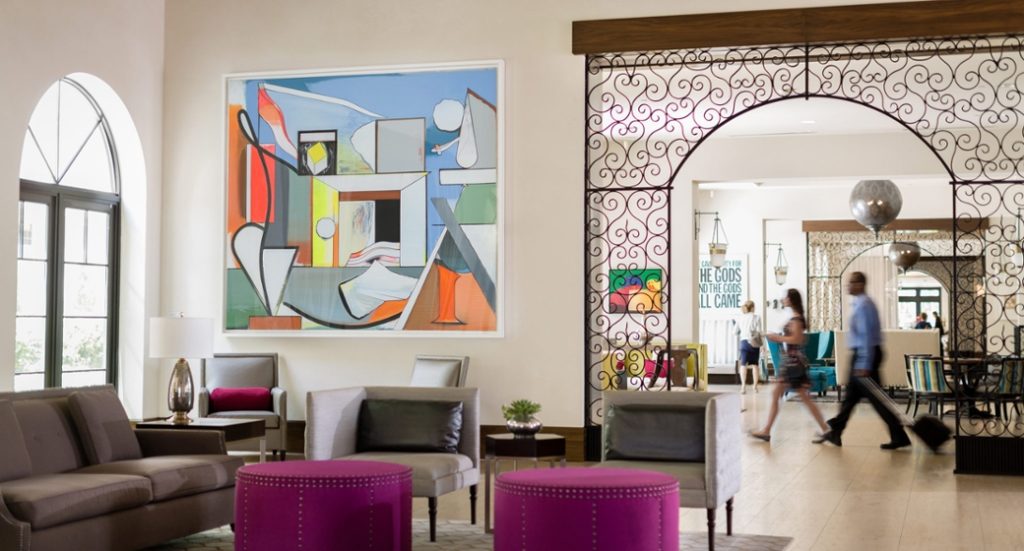 Happy Hour at The Alfond Inn at Rollins means more than cocktails. The hotel has an extraordinary selection of paintings, photographs, sculptures and mixed-media works of art from The Alfond Collection of Contemporary Art displayed throughout the hotel. The 350-plus piece collection is part of the collection of the Cornell Fine Arts Museum at Rollins College (CFAM) and The Alfond Inn at Rollins is the only hotel in the United States that serves as the extension of an art museum. Happy Hour Art Tours are offered at 5:30pm on the first Wednesday of each month, complimentary and open to the public. The hotel’s Happy Hour at the Bar starts at 4:30pm., and offers a range of craft made cocktails, including such drinks as The MBA, made with Woodford Reserve Bourbon, ginger, orange and blackberry.

Provincetown is Back (Again)

Long Awaited Expansion Begins for The Alfond Inn at Rollins