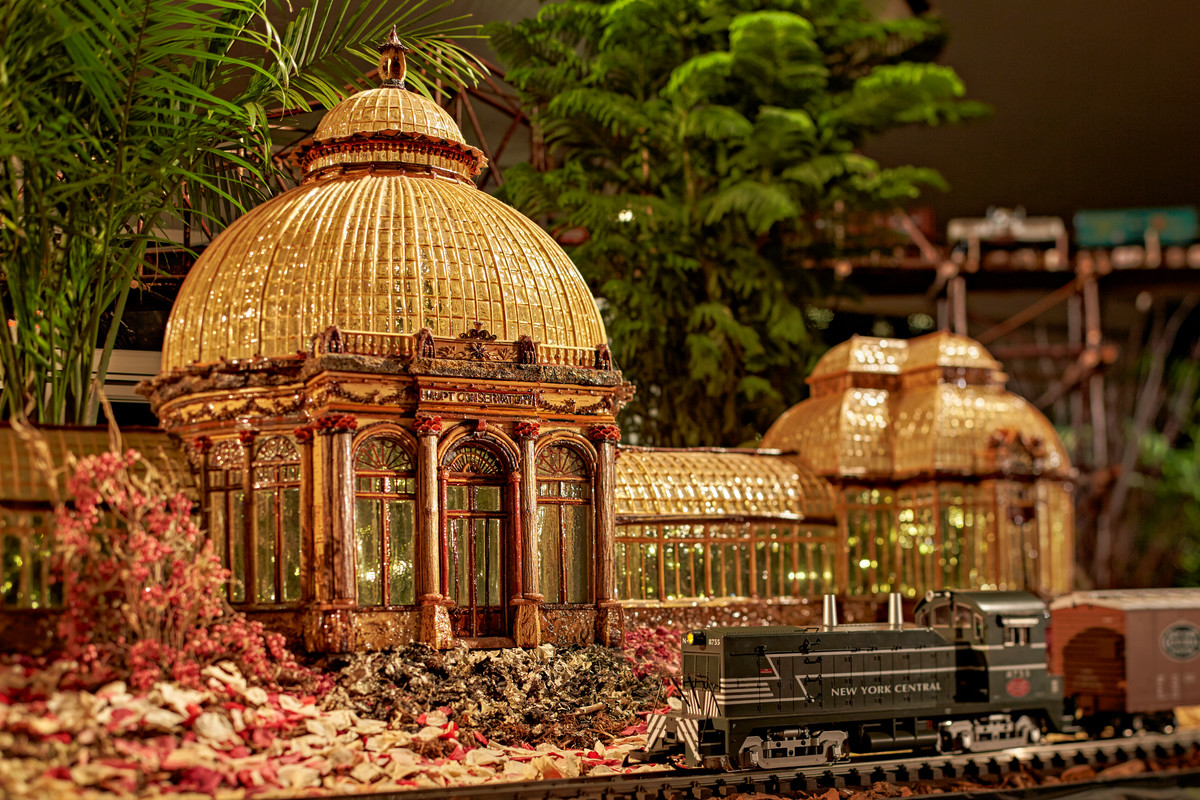 The annual Holiday Train Show at The New York Botanical Garden (NYBG) is a treasured holiday experience for New Yorkers and visitors alike. Its arrival kicks off a uniquely New York Christmas season tradition, along with a stroll past department store windows on Fifth Avenue, and ice skating at Rockefeller Center. This year’s train show runs from November 22, 2017, to January 15, 2018.

The 26th year of this popular tradition will spotlight Midtown Manhattan, with newly created versions of such icons as the Empire State Building, Chrysler Building, General Electric Building, and St. Bartholomew’s Church. They join NYBG’s collection of more than 150 model New York buildings and landmarks as well as more than 25 large-scale model trains and trolleys, which travel along nearly a half-mile of tracks.

Artistically crafted by Paul Busse’s team at Applied Imagination, and displayed in the spectacular Enid A. Haupt Conservatory, the models are made of natural materials such as bark, twigs, stems, fruit, seeds, and pine cones, and include such perennial visitor favorites as the Brooklyn Bridge, Statue of Liberty, Grand Central Terminal, and the original Yankee Stadium.

The model trains at the train show aren’t the only ones you can enjoy this season. NYBG is just 20 minutes from Midtown Manhattan, via Metro-North Railroad, which offers an NYBG Getaway Package that includes an All-Garden Pass and a round-trip train ticket from Grand Central Terminal (42nd Street) to the Botanical Garden Station. The package can be purchased at any Metro-North ticket window or kiosk in Grand Central Terminal. Visit Metro-North Railroad for more details. All-Garden Pass tickets start at $20 for adults and $10 for children (ages 2–12) and differ during certain peak times and weekends. Members and children under 2 are free. Advance timed tickets are strongly recommended and are available at nybg.org