For locals and visitors alike, Hyde Park holds a unique place in the city of Chicago. This historic neighborhood, home to the University of Chicago and one of the most culturally diverse areas in the city, has a rich legacy of intellectual, artistic and cultural innovation that continues to this day. Two just-published Chicago guidebooks showcase these aspects while also focusing on Hyde Park’s vibrant daily life.

This comes as SOPHY® Hyde Park, which anchors the neighborhood, was named one of the 10 Best Hotels in Chicago by the readers of Travel + Leisure in the 2022 World’s Best Awards, released in the August issue of the magazine. The readers also ranked the city of Chicago among “The Best 15 Cities in the United States.” The 98-room boutique hotel on the historic South Side is the ideal base for neighborhood explorations.

No one knows more about the history, shopping and current sights of Hyde Park than Rosalind Cumming-Yeates, a Chicago-based travel writer, who has just published Moon 52 Things to Do in Chicago: Local Spots, Outdoor Recreation, Getaways.

“There is so much to do in Hyde Park,” said Cumming-Yeates. “The Hyde Park section of the book features Mesler Chicago as a place to hang out and get cocktails. I also highlighted much of 53rd Street, including Hyde Park Records, The Silver Room, The Promontory, Soul Shack, and Kilimanjaro International. I also feature the Logan Center, Woodlawn Tap, the Hyde Park Art Center, Garden of the Phoenix, DuSable Museum, Virtue Restaurant and Promontory Point.”

Hyde Park’s architectural treasures can be a DIY tour with a copy of latest AIA Guide to Chicago, which just came out with an updated fourth edition. This masterwork from the American Institute of Architects Chicago is indispensable for a self-guided tour of neighborhood gems, including many significant and important buildings that are walking distance from SOPHY Hyde Park. 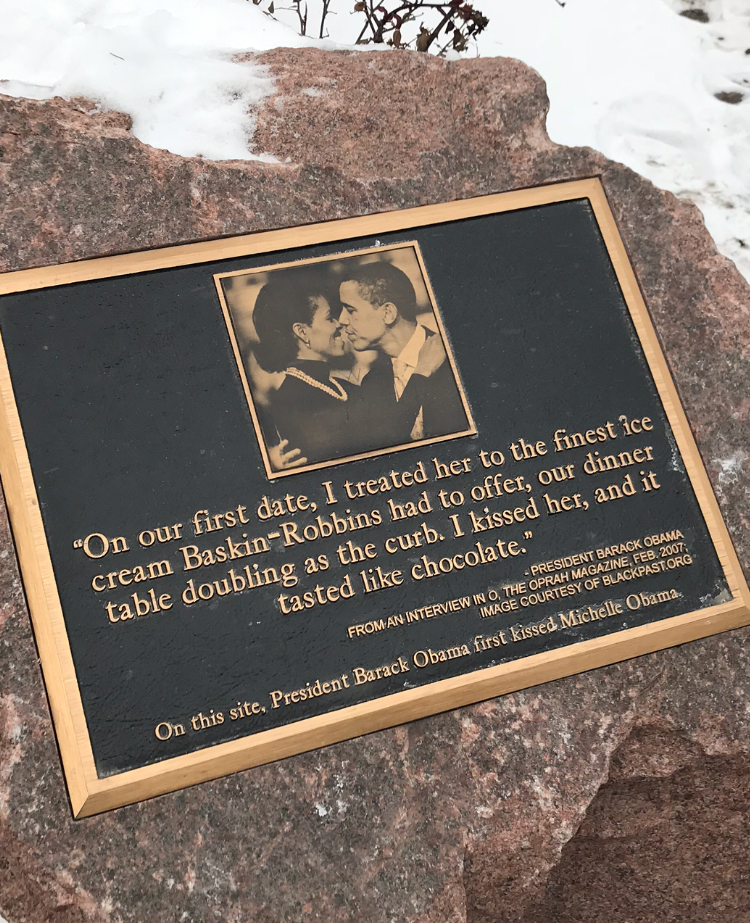 When creating SOPHY Hyde Park, the first boutique hotel in Chicago’s South Side, the developers and designers took inspiration from the neighborhood’s unique heritage. The name SOPHY is rooted in the Greek word “sophia,” meaning wisdom and dedication to excellence through the pursuit of knowledge. It pays tribute to Hyde Park’s legacy and is reflected in both SOPHY’s architecture and design. The hotel is located close University of Chicago campus, the future Barack Obama Presidential Center and other Hyde Park sights:

Wright’s masterpiece of Prairie-style architecture, Robie House reopened to the public in 2019 after a meticulous $11 million restoration and was named a UNESCO World Heritage Site.

This architectural gem is within walking distance from SOPHY. Finished in 1910, the home inspired generations of architects in the U.S. and Europe. The house’s cantilevered roofs, art glass windows and doors, and vast interior spaces still seem radical more than a century on, a design that continues to inform how we live today. Guests can discover the house Frank Lloyd Wright described as “a cornerstone of modern architecture” on a 50-minute guided tour that takes in both the exterior and interior of the building. Entry into Robie House is by guided tour only and advanced tickets are highly recommended.

The Museum of Science and Industry

The largest museum of science in the Western Hemisphere, it is housed in the former Palace of Fine Arts from the 1893 World’s Columbian Exposition.  Discover “The Art of the Brick,” the world’s largest exhibit of LEGO art as well as “Black Creativity: Architecture.” Tour U-505, a German submarine captured during World War 2, as well as a 727 aircraft restored to its 1960’s look. Other exhibits include the Apollo 8 spacecraft, which flew the first mission beyond low earth orbit to the Moon.

The nation’s oldest independent African American Museum is celebrating 61 years. The museum is currently featuring “Equiano.Stories International Watch Day,” “Step Into History: The March,” about the 1963 March on Washington for Jobs and Freedom, and “The Art and Influence of Dr. Margaret T. Burroughs, 1960–1980.” This exhibition explores influential Chicago artist and cultural leader Dr. Margaret T. Burroughs.

At SOPHY, Mesler Chicago is the gathering place for guests and neighborhood residents of Hyde Park. It’s a high-design restaurant, bar and lounge with a lively crowd and menu of creative comfort food from Executive Chef Eddy Arreola. The Sanctuary, an alfresco shaded lounge offering cocktails and light fare beside firepits and under twinkle lights, has a Happy Hour every weekday from 4:00 pm to 6:00 pm, when $8 glasses of house wine and $5 beers of the day are on offer.