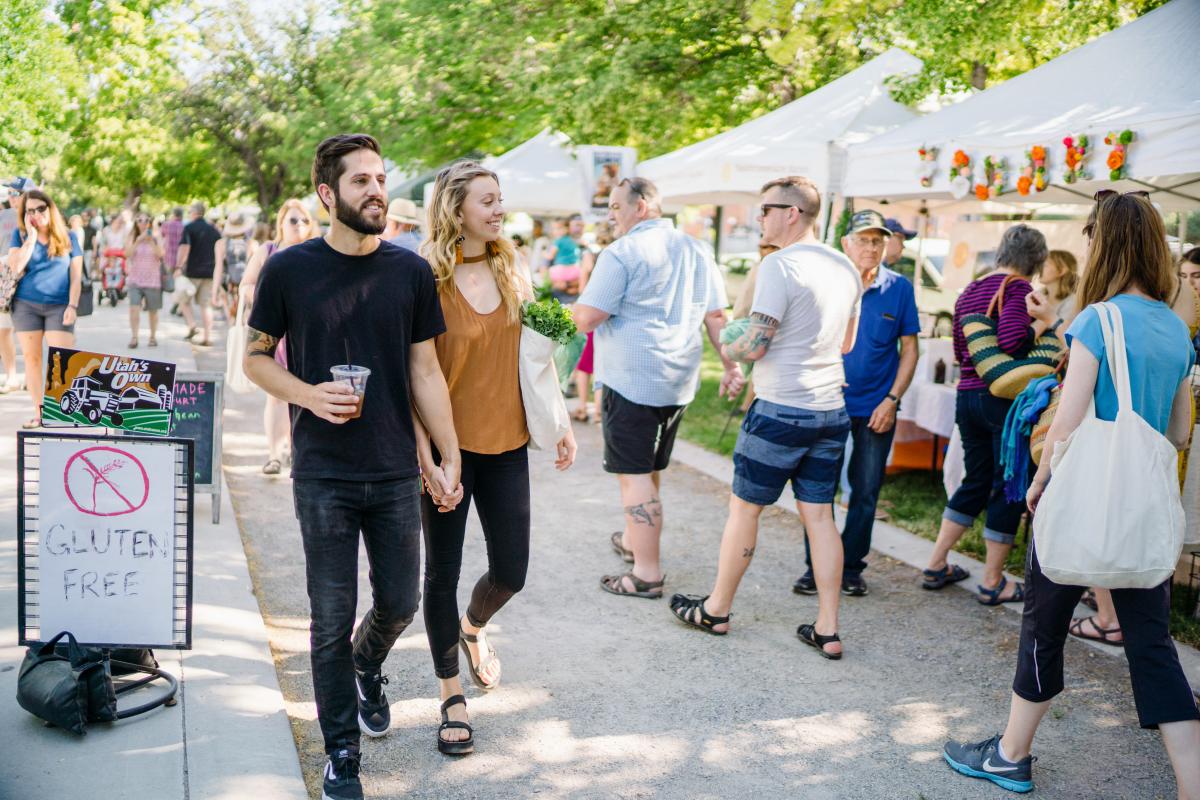 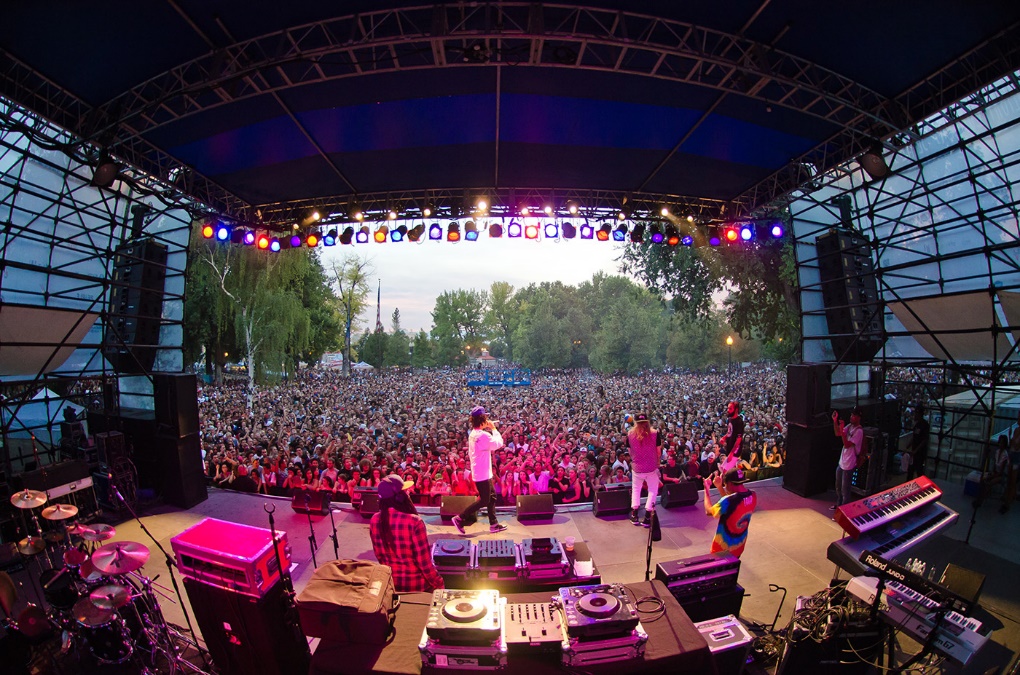 Summer in Salt Lake is filled with outdoor concerts, a dash of museum-going and one of the liveliest farmer’s markets in the West. It’s all about cool coffee shops, alfresco lunches and a bucket list of brewpubs and restaurants. Outdoors? Hey, this is Salt Lake, which means hiking and biking trails flow from the valley’s floors into the foothills and towering Wasatch Mountains. Throw in a Visit Salt Lake Connect Pass for discounted admissions or the new Brewery Tour Pass and you have the ingredients for a great summer vacation.

The first step for every visitor is buying a  Visit Salt Lake Connect Pass. It’s an all-in-one ticket to Salt Lake’s most popular attractions at a single discounted price, saving visitors between 50 and 80 percent on regular admission prices. The Connect Pass includes discounted admission to 16 offerings at 13 different venues in and around the greater Salt Lake area, including the Clark Planetarium, The Leonardo, the Natural History Museum of Utah and Red Butte Garden. Use the pass to head up into the Wasatch Mountains to ride Snowbird’s Aerial Tram to 11,000-foot Hidden Peak or experience the thrills at the Utah Olympic Park in nearby Park City. Available as a one-, two- or three-day consecutive pass, a one-day pass is just $32 per adult and $26 for children ages three to 12.

MUSIC & THEATER IN THE MOUNTAINS

The Twilight Concert Series highlights indie-rock, hip-hop, reggae, and blues on Thursday nights during the summer. This season, look for artists like Blind Pilot, Vince Staples and Santigold. Then there’s the Red Butte Garden Concert Series, with top acts, a jaw-dropping backdrop of the Wasatch Range, and a bring-your-own-cooler policy. It’s a very cool way to enjoy a perfect summer evening and the 2019 line-up is a winner, with performances by Howard Jones, Lucinda Williams, Pink Martini, Lyle Lovett, Seal; The B-52s, Mark Knopfler and others. Theater and classical music get their due as well, as The George S. and Dolores Doré Eccles Theater presents Rent 20th Anniversary Tour, Cinderella, and Book of Mormon while the Rose Wagner Center offers up the Bachauer International Piano Festival. 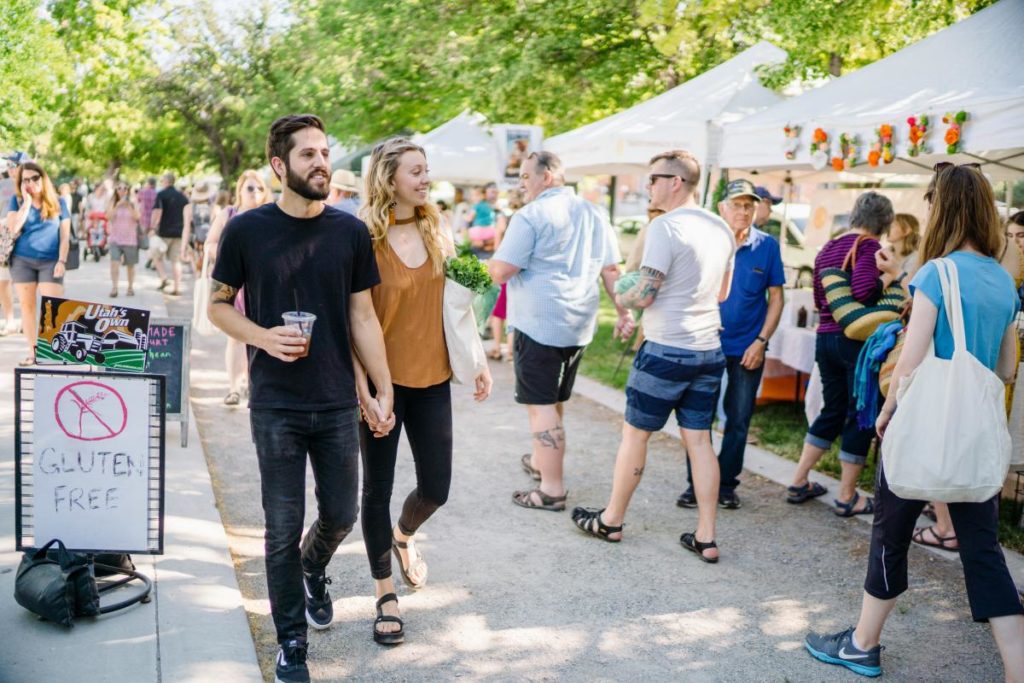 The perfect recipe for a relaxing Saturday? Start with a coffee and something freshly baked at La Barba Coffee Downtown, The Rose Establishment or Eva’s Bakery. Then stroll to the Downtown Farmers Market in Pioneer Park to see the bounty of the valley and maybe nosh a little bit more. Take a tour of downtown on a GREENbike, stopping at The Leonardo, Tracy Aviary or Clark Planetarium. An alfresco lunch would be a great next step, so consider Caffe Molise for Italian fare, Stoneground Kitchen for thin-crust pizzas or The Dodo Restaurant in the Sugar House neighborhood.

BIKE IT OR HIKE IT

Salt Lake is a haven for fitness lovers and there are trails you can easily reach from accommodations throughout Salt Lake. A couple hundred feet above the valley, mountain bikers can enjoy the scenery along the 17-mile Bonneville Shoreline Trail or ride the myriad of trails in the Corner Canyon area while roadies can head up any of the many Wasatch canyons, including Emigration Canyon, an eight-mile trek from the canyon mouth to Little Mountain summit. Visitors can rent bikes at Canyon Sports or Trek Bicycle Store. Hikers like Red Butte Ridge, which lies just above the University of Utah, and rises more than 1,500 feet in just over a mile. Or consider City Creek Canyon, which starts at Memory Grove Park at State Street and Second Avenue, and goes north along a 1.2-mile path that climbs alongside City Creek and then extends another 5.8 miles up the canyon. 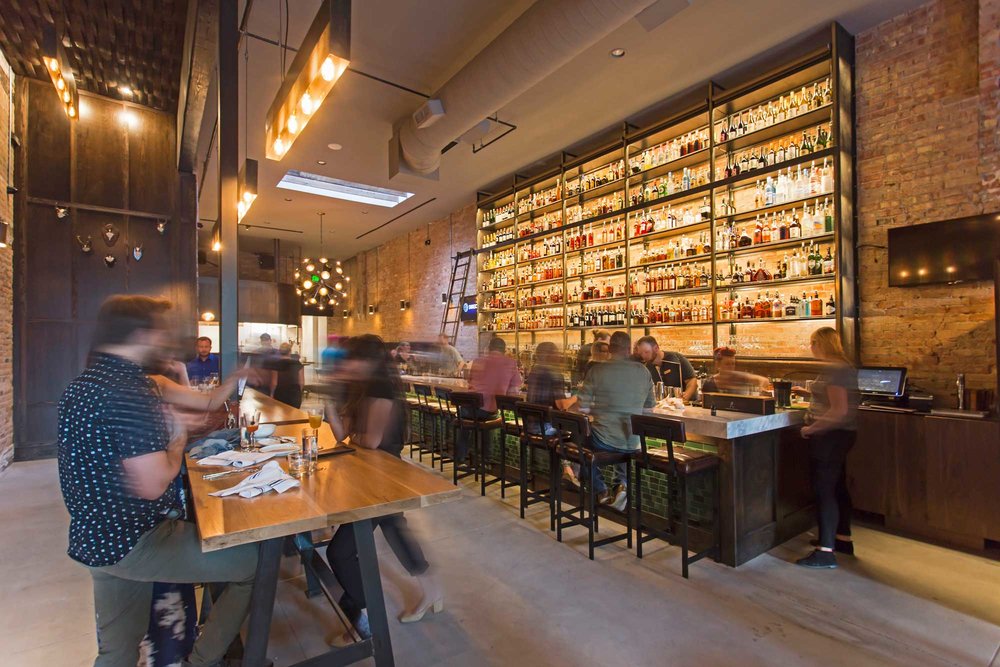 After a day of adventures, maybe it’s time for a brewpub. Desert Edge won Utah’s first Great American Beer Festival gold medal in 1995 and has been going strong ever since. Located in historic Trolley Square, there are typically more than a dozen beers on tap and a broad menu with pub food, a huge selection of salads and grilled sandwiches. Or take another culinary route. Alamexo Mexican Kitchen in the heart of downtown, is where Chef Matt Lake serves his creative take on regional Mexican fare. White Horse Spirits and Kitchen offers a hip, lively space with a large menu of shellfish, shared plates, sandwiches and creative entrees, along with one of the most energetic bar scenes in town. Co-chefs Paul Chamberlain and Logen Crew are behind SLC Eatery, where their take on Modern American food includes the Tokyo Turnip, Cotija Cheese Tamalitos, and Bettle Smoked Beef.

All That Glitters in Provincetown

Family Travel in Maine This Summer